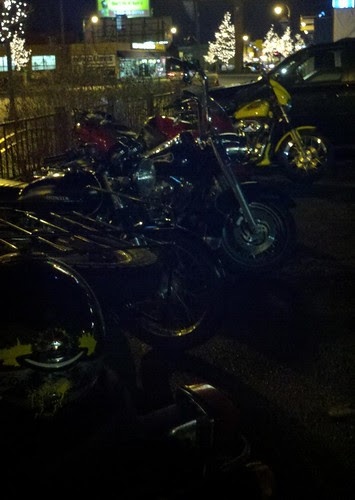 Today is the first Thursday of 2012 which means a bunch of motorcycle folks will show up to shoot the breeze at Dulono’s pizza in Minneapolis. With highs reaching 45F I expected more bikes.

I saw only about eight which was the same amount as December 2011 when it was only 20F.

I had a great time chatting with friends about all things motorcycles. A few maps were out on tables; it was fun to see future trips being planned. I talked to a couple friends about potential trips together later this year as well. 2012 looks like it could be a very fun riding year. 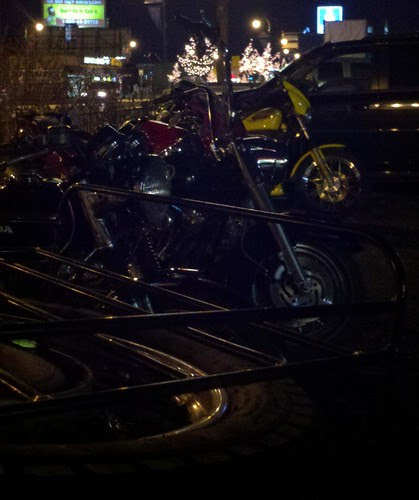