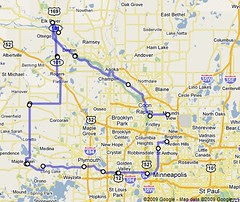 Sunny, blue sky, and shiny new bike in the garage is a great excuse to go out and ride. The map to the left is roughly the route I took. I didn’t have a plan when I set out, I just turned the corner and went North until the road ended. Then I went West until that road ended which was near the Mississippi.

I followed the river north for another hour and wound up in Elk River, MN where I took these photos at a small roadside park on the Mississippi River – Babcock Memorial Park. 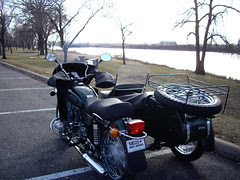 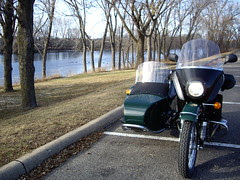 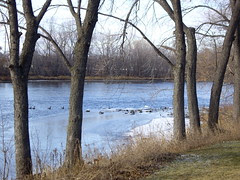 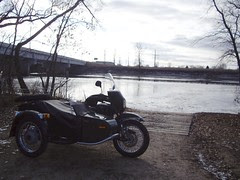 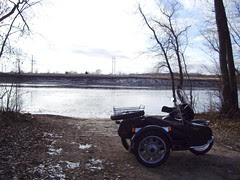 After the quick break at the park, I road West and South and stopped again at Baker Park in Maple Plain, MN. 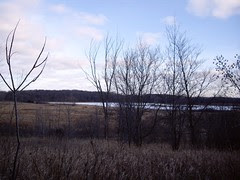 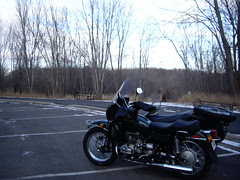 The road ended again, so I went East which brought me to Plymouth and Parker Lake. 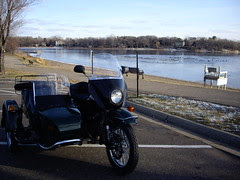 I stopped just West of downtown Minneapolis for this one and then rode past the new Target Field stadium. I hadn’t seen it yet, and unfortunately I couldn’t find a good place to pull over and get a picture of it.

After downtown, I headed for home. I don’t have my Ural riding muscles built up yet, so about three hours is my limit right now. I put another 150km on today, and it was between 16F and 20F.