Last RiderCoach Night of the Season 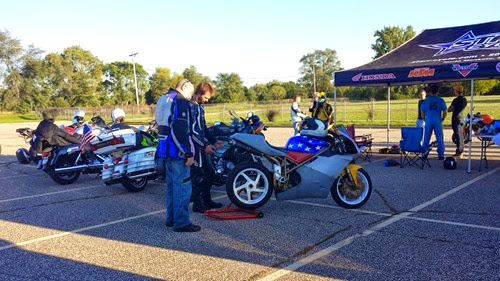 Earlier this month was the last RiderCoach track night of the season. We get together once a month on a closed course to enjoy practicing our riding skills in a safer environment while having a lot of fun.

The weather was beautiful. I was surprised more coaches didn’t show up to ride. It was nice to catch up with those who did. I only ran a few laps on my SV650. I was tired, so I didn’t push it by running fast. It was more fun to relax and watch the other riders. 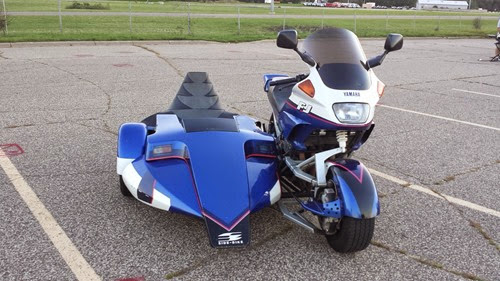 My friend Rick showed up with his FJ1200 Sidecar. He let me take it for a few laps around the track. It was very fun. At first, I was worried it would make me hate my Ural. It was so different it doesn’t seem fair to compare them. The FJ was very responsive with impressive brakes, traction, and power. It was also very easy to fly the chair on the right-handed corners. I enjoyed riding it once I got past the initial “twitchy” feeling it had. It was really responsive. 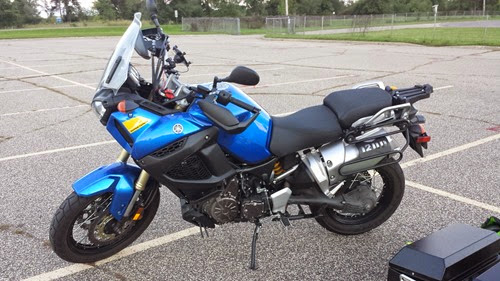 I was also lucky enough to ride a Yamaha Super Tenere for a few laps. I’ve been wanting to ride one for a while, and that night was my lucky night. My first reaction was it felt a lot like my BMW R1150GS, but so much better! More fun to ride, and better ergonomics for me. I liked riding it. It felt fun; the BMW never felt fun. When I told the owner my feedback, he totally agreed. He said after riding it, he sold his 1200GS. I completely understand. I don’t think I’ll be spending $10,000 to get one anytime soon though.

I also rode a 750 Aprillia, but forgot to get a picture of it. It was a fun V-Twin to ride, but I think I like my SV more.

I had a fun time, and look forward to the next RiderCoach night in early Spring.