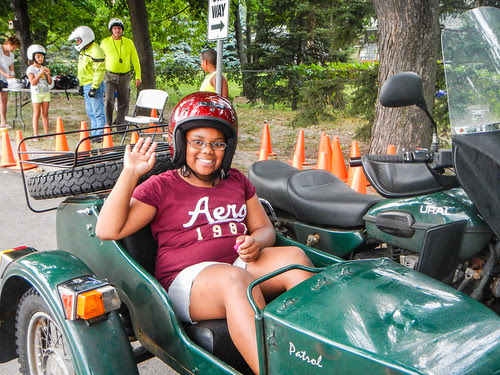 Kids love sidecars even more than dogs do. My friend Rick volunteers at a local block party giving free rides in his sidecar each year. He usually manages to find a few three-wheelin friends to join him. I had a fun time last year, so when he asked this time I was happy to accept. The block party fills the entire parking lot of a local church. They have all kinds of family-oriented fun from ring toss, to fire trucks, hay rides, and the sidecar rides or as the kids like to call them “motorcycle rides”. 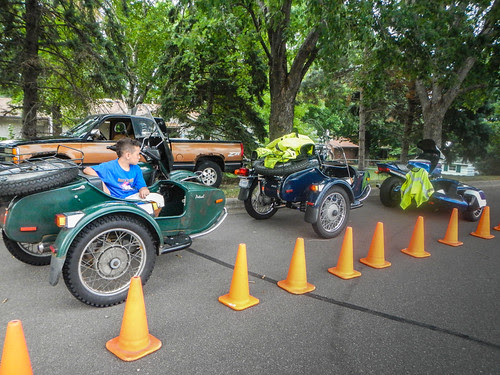 Last year, it was just me and my Ural since Rick’s FJ rig was down for repairs. You can see it up front in the above photo. You may remember me posting a video from riding in it back in 2011. You can watch it here: FJ1200 Sidecar Ride. 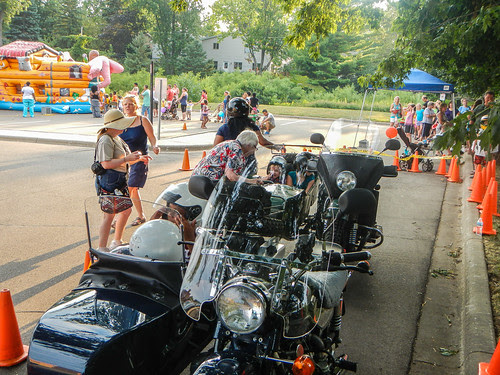 We were also joined by another Ural shown in the center of the pic two above and in front just above. It was much too clean. The owner joked that he thought it was dirty and had an urge to wash it before he came. I didn’t see any dirt on his. Mine still has mud on it. hehe. 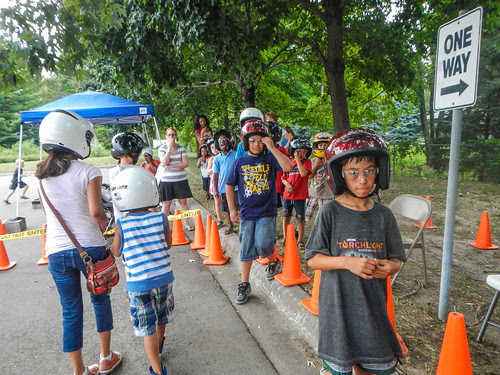 The three of us loaded up with kids each trip, usually only taking one each, but could sometimes squeeze in two small kids. We had a couple helpers getting helmets and eye protection on each of the kids, so they were ready to go when we pulled in. 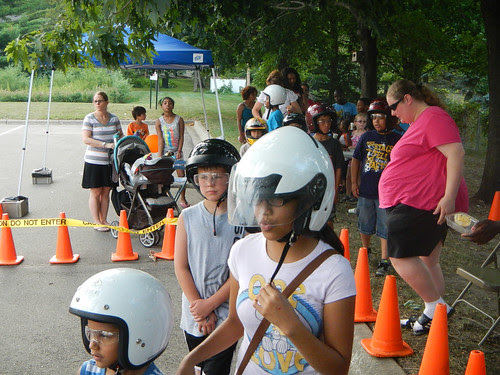 We rode in formation slowly around the neighborhood. It was a sight. The kids loved it; they were giggling and laughing the whole way. We all had a good time. Looking forward to next year.