In my last post, I described my frustration with the Ural and upon initial inspection believed the battery to be at fault. Last night, I had time to diagnose the problem further. I expected to confirm the failed battery by testing it with my multimeter, and then scavenge the battery from the R1150GS to get me back on the road while I waited for the replacement to arrive later this week.

When I tested the Ural’s battery with the multimeter, it read 12.59v. A healthy battery. Huh? The other voltmeter I had said 8.5v, and none of the lights worked. Dang. I was hoping for an easy fix. The new battery is still on its way and will be here tomorrow. It would be prudent to replace it anyways since the Harley battery in there now is near the end of it’s expected life. I guess my other voltmeter needs to visit the trashcan. 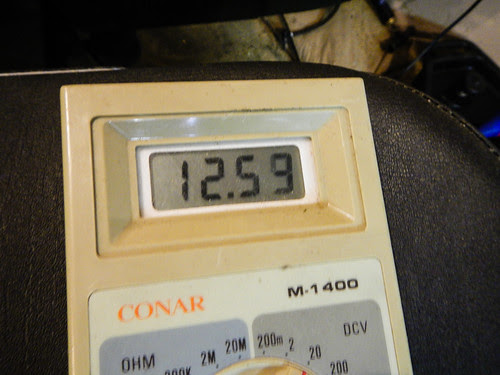 I checked the fuses next still hoping for an easy fix. They all appear to be in-tact. Next I looked at the relays. One of them was corroded like last time, so I clean it up and put it back. Still no difference. 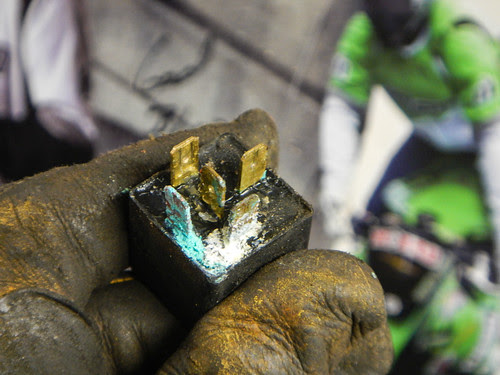 After a sigh and a shake of the head, I started removing the fairing to get at the headlight and the rats nest of wiring behind it. 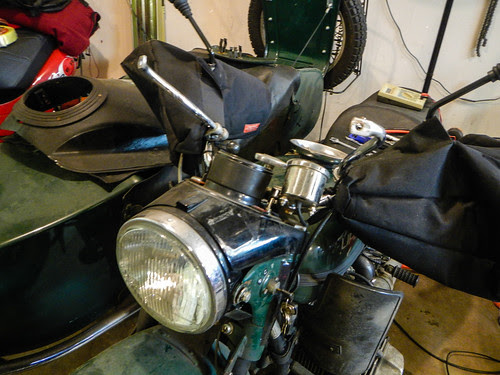 While I was in the rats nest of wiring, I found a couple red hearings. A couple of the wires for my heated grips were loose in their connectors, so I reattached them. I also sealed up some of the loose heat shrink that appears to have been forgotten about during that install. I was disappointed to see that. I hadn’t looked in this area since they were installed to see the quality of the work. 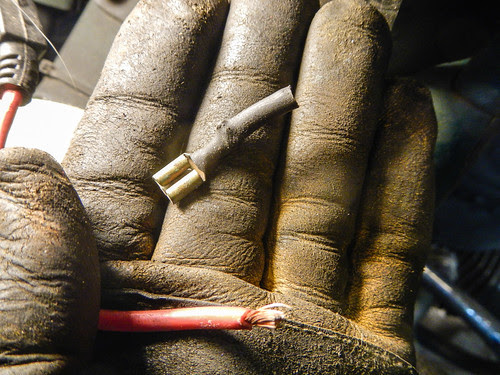 The Ural last worked flawlessly Sunday, but when I tried to start it on Monday morning. I turned the ignition key, and watched all the lights light up including the headlight. After pressing the starter it made a short “grrr… clunk” noise as the bike went dark and the power died. It seemed to lose power mid-crank which is what the clunk sounded like. Thinking back I had an issue like this a couple times earlier this year, but a reset of all the switches brought it back immediately. Not this time. 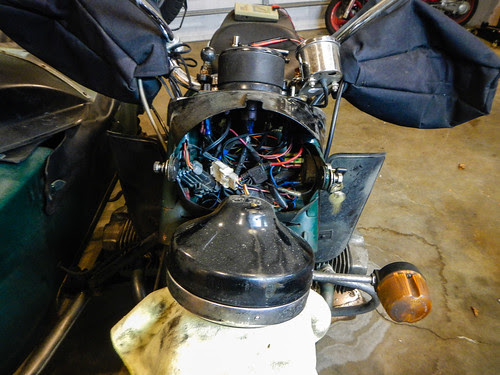 The above led me directly to the ignition switch since the fuses and battery checked out. It was getting 12.5v from the battery, but nothing after going to the “on” position. Maybe a bad switch? I spent some time looking on the Ural forums on how to hotwire a Ural. Ural ignition switch below with five different contacts – two blue which I should be ground and three red which are hot in various switch positions. 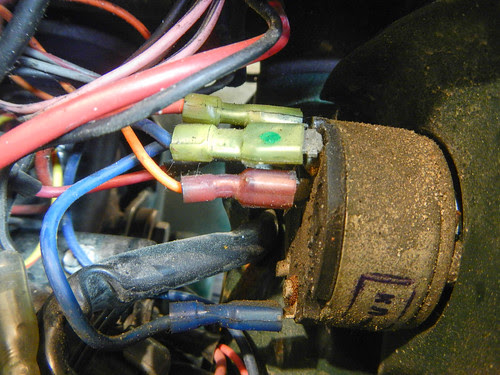 The main method is to connect a wire from the positive side of the battery to a wire coming out of the top of the engine. It is supposed to have a spade connector. On my Ural, there are three wires in one, and no spade connector. The connector is also jammed under the gas tank, and not accessible without removing it. I’ll try that next. If I do that, I will bypass the mess in the headlight bucket, and I should be able to kick start it. I also tried connecting the main hot wire from the ignition switch to the “on” wire. Nothing happened. Darn. Maybe I used the wrong wire.

I’m a bit stumped right now. I think it might be the ignition switch or right hand grip unit, but I’m venturing out beyond my electrical troubleshooting experience now. My attempts to bypass the suspect parts has failed to produce actionable results. It may be time to hire a trailer, and bring it to a professional which means taking time off work. Bummer.