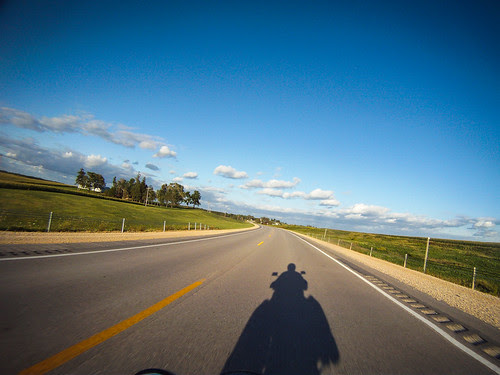 I packed the night before, so I could make a quick escape to the south and avoid rush hour. I didn’t want to fight traffic after work to get home and then again to get out of town. When the church bells started chimed three times, I suited up and left on Thursday afternoon. I wanted to make Indy, a short 640 miles way, by Friday afternoon. 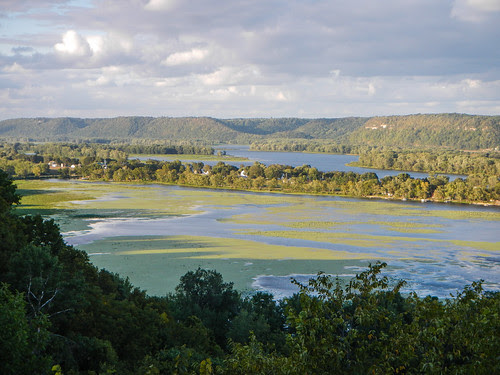 It was a chilly ride to work. The night before I was too hot riding home in my tourmaster gear, so I decided to wear my mesh for the trip. On the way to work it was in the mid 60s, and even with the liners in I was very cold. MY SV650 offers no wind protection. When I arrived at work, I realized I forgot to grab a walking around coat. I was on the fence if I should run home on lunch and get it or not. I decided to. Man it was cold on the way home! It felt even colder than the morning. When I got home, I switched back to my tourmaster gear.

Here is a top tip for all of you thinking of doing a motorcycle trip: only have one set of gear; when you have more, you spend time uselessly considering which to wear. 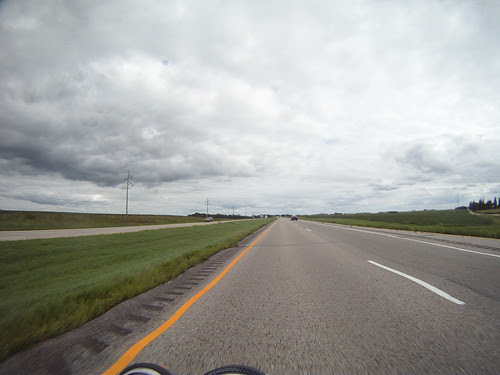 I escaped the rush hour traffic by blasting south on US52. It worked well. I got snagged in a small road construction project, but otherwise the traffic was flowing freely. The shortest way from Minneapolis to Indianapolis is via Chicago on I94/I90. I’ve gone that way several times, and I wanted some new scenery. The road south through IA along the river and then over on I-74 looked promising. 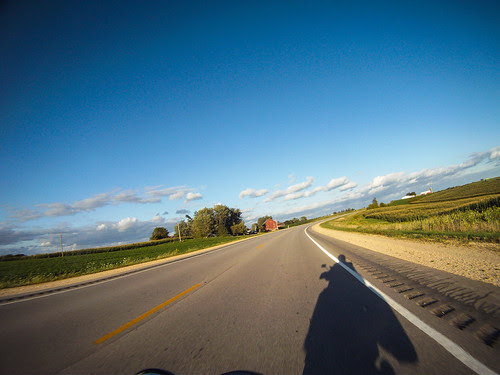 As I rode south, I became colder and colder. The heated grips were the first thing on. There was a strong wind from the NW that was clawing at my coat and pushing the bike around. The chill it brought with snuck into all the gaps and cracks in my riding coat causing me to shiver. The first stop, I put on my walking around coat. It is windproof and helped a lot to seal out the drafts. At the second stop, I put on my Aerostich wind triangle to help keep my neck from getting so cold. I already had all the vents closed on my helmet. I stopped regularly to warm up and eat a snack. 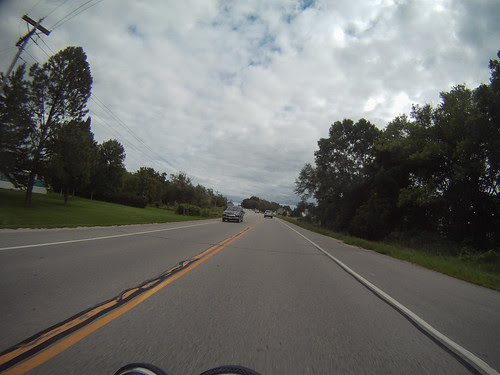 52 is a four lane road up north, but dissolves into a twisty two-laner as it weaves around farms and river bluffs along the Iowa/Minnesota border. It was enjoyable. I had been on several parts of the road two years ago when my wife and I rode the Great River Road down the entire length of the Mississippi. 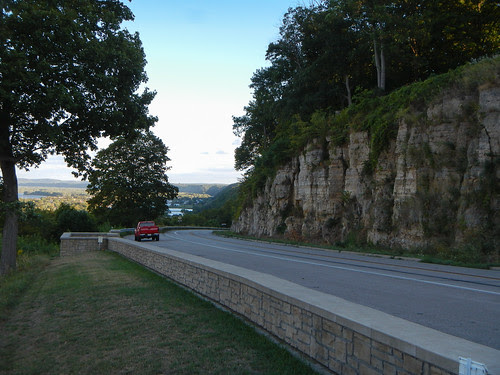 The weather forecast had called for PM thunderstorms, and luckily I missed them. I was watching them in the distance as I approached, but luckily avoided getting wet. The sunset near the river was awesome. Bright red and purple clouds filled the sky. I didn’t get a picture, I only got glimpses of it myself between the trees and hills. 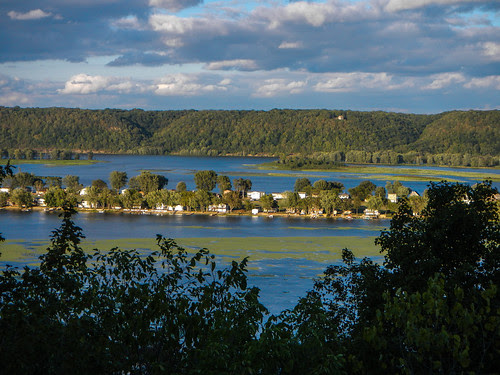 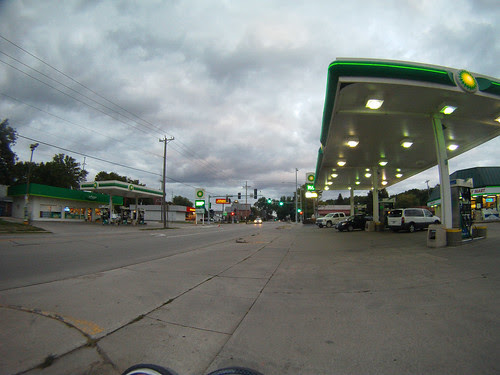 Just after Dubuque, I was riding in darkness. It has been a while since I’ve ridden at night. I usually get tons of practice in the winter on the Ural since the days are so short my commute ends up being in the dark both ways. 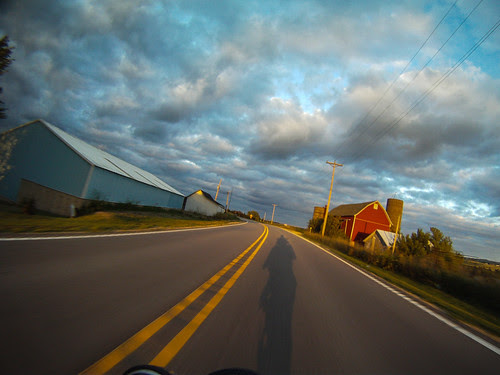 The darkness was relaxing. My single headlight on the SV bravely trying to illuminate the road. It didn’t do very well, so I used the high beam. That worked much better until other vehicles showed up. It was a short, cold hour to Davenport from Dubuque. With the sun down, the temperature was starting to fall fast. By the time I reached my hotel along the IL/IA border, it was almost 60F. The overnight low was supposed to be 48F! I had a dream about my heated coat. Unfortunately, it was resting at home in the closet. 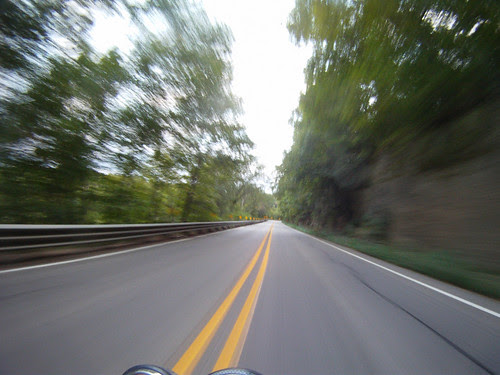 I finished the day in Le Claire, IA with 6.5 hours on the bike and 329 miles ridden. 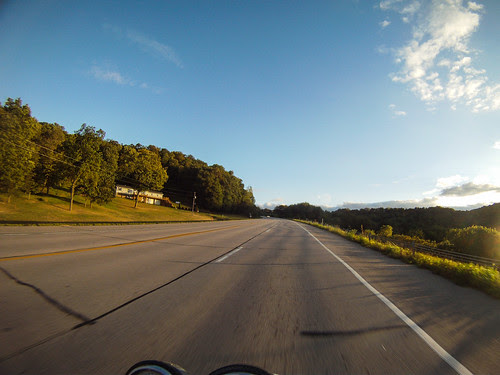 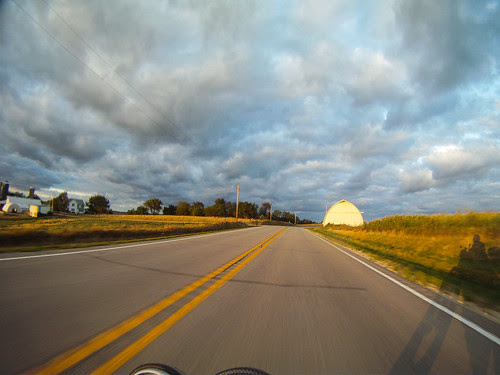