Thanks to a good tip from Todkapuz, I left my hotel and road south on I-65 instead of east on I-80. He told me about a motovlogger meetup in Indianapolis for lunch. It was a mere 167 miles away, so I hopped on the bike and rode south.

I-65 from Gary, IN to Indianapolis, IN was not fun. It was straight, boring, crazy traffic, lots of highway patrol, and windy.

This wind farm was pretty cool to look at as it was massive. I was riding through it for what seemed like twenty minutes. Wind turbines on both sides of the road as far as I could see. 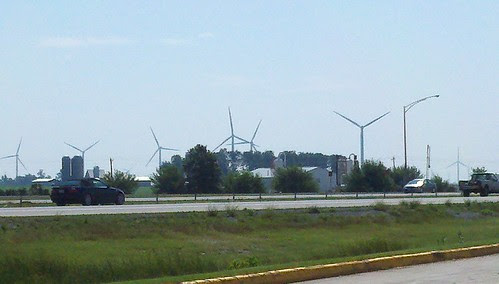 Eventually I made it. About five minutes later than I wanted to, but I consider it a success given the long distance I had to ride. We met at John’s Famous Stew They serve beef stew and a few other things. I wasn’t terribly hungry, so I just enjoyed my drink. The others who ordered the stew really seemed to like it.

Being motorcyclists, we had to go for a short ride together. 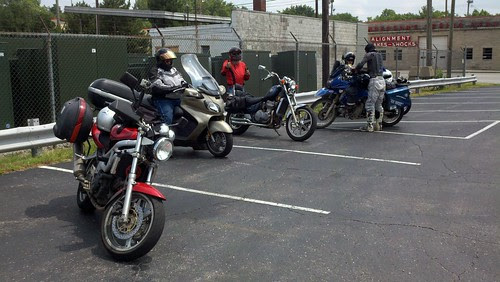 Here we are riding around west of Indianapolis. 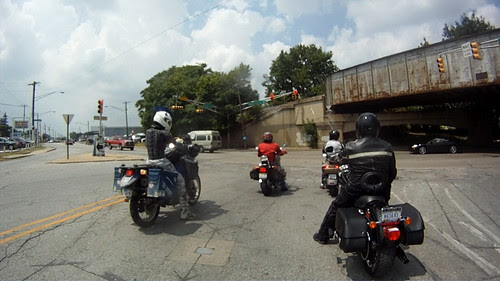 I eventually took my leave as they rode west, I turned around and headed east again. I got a glimpse of the skyline here: 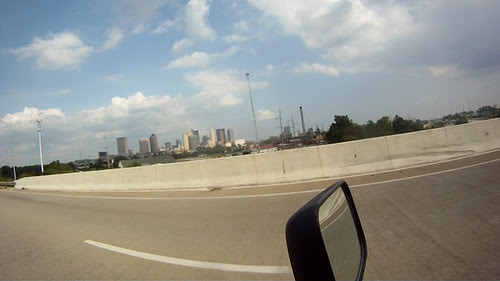 Soon I was in Ohio 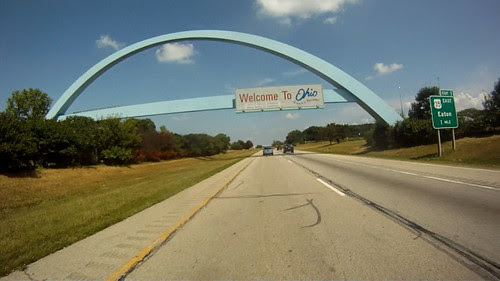 and then I was passing through Columbus, OH. I thought about stopping, but the dark clouds moving in from the south convinced me to keep going north and east on I-71. 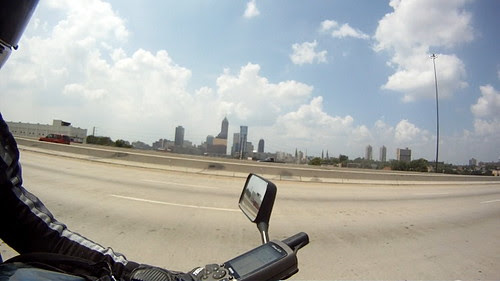 It was a hot day of riding. The further I got from Indianapolis, the cooler it got. I think it was 95F near there. 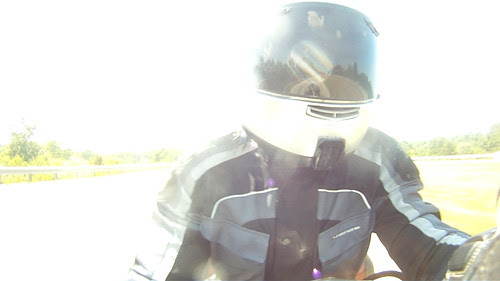 After 4 out of 5 days of over 400 miles on the interstate, I am getting tired! I took frequent breaks and enjoyed the shade that the trees provided at the rest stops. 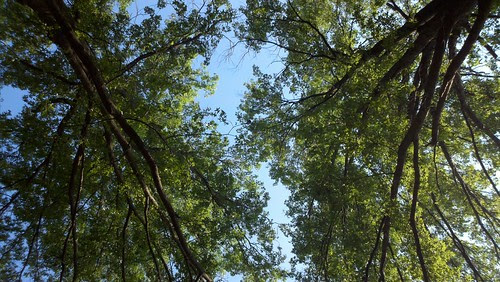 At the last rest stop just before Delaware, OH, I had a nice conversation with another rider. He was on a Harley and on his way home from Kentucky. He rode down there “to get a pack of smokes”. It sounded a lot like the line some MN riders use, but replace smokes with pie. Random encounters like these are great.

I ended the day in Ashland, OH after 427 miles in the saddle. My two highlights today were the motovlogger meetup and the random biker near Delaware.

Tomorrow, I continue to ride north east to visit a friend in Buffalo, NY.