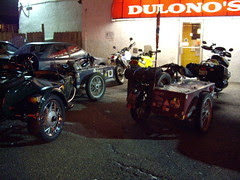 I took the Ural to first Thursday today at Dulono’s Pizza. There were only about eight to ten bikes there including mine. It seems most people wimped out and took their cars. It was only 20F with some light snow coming down. My Patrol is on the lower left side of this pic. 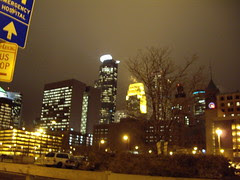 I was nervous about riding the Ural in heavy traffic, so I went straight into the heart of downtown Minneapolis at 5pm to get over it. With cars as far as I could see backed up in every direction, I quickly got over my nervousness.

This month there were two world travelers visiting Minnesota on their way around the world. Their website is here: The Dumb Way Round. I like how they make fun of the other trip with a similar name. Their blog is here. They are riding 1939 Nimbus sidecars around the world. I tried to get some pics of them below. Thankfully someone else took better photos here. 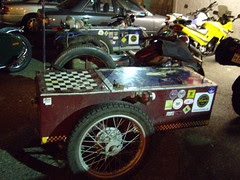 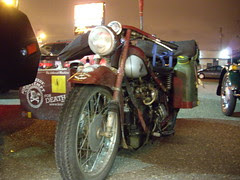 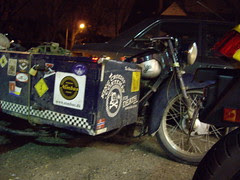 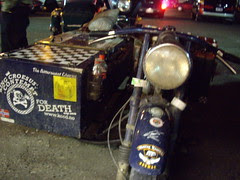 On the way home, I took the scenic route along the river. It was great riding. I was the only car for a number of miles with only a couple people out walking their dogs. The photo below is of the Hennepin Avenue Bridge over the Mississippi in downtown Minneapolis, MN. 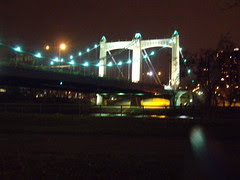