Friends, Fun, and Food aka Oregon

I’ve been traveling a lot for fun this year. My goal for 2016 is one trip a month. This last weekend’s trip to Oregon was easily the best trip of 2016. The competition so far includes Miami, Thunder Bay, Costa Rica, Austin, and Colorado. Oregon was filled with friends, lots of fun, and tasty food. 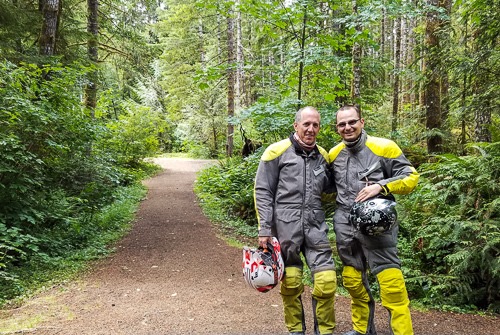 I flew out to Oregon and took a shuttle down to Corvallis to meet up with Trobairitz and Troubadour. It has been too many years since we last had fun together. I first met them on my Everyday for 7 Weeks trip and we have been friends ever since. 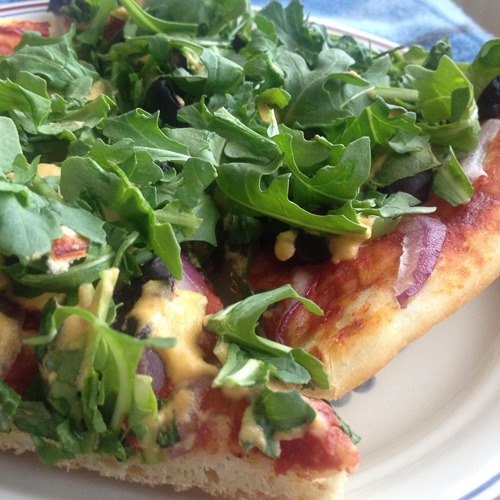 Of course, before I left Portland, I had to grab some delicious food. This is the southwest bowl which went perfect with a marionberry cider. 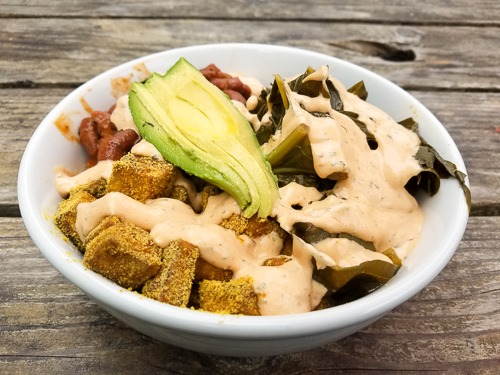 Trobairitz was gracious enough to let me ride her Gladius, so Troubadour and I took off into the Oregon mountains for some two-wheeled fun. After trying on a combination of their gear, her helmet, my gloves, his boots, my buff, and his spare roadcrafter, I was ready to go. The flowers and butterflies on the helmet were cute; too bad they didn’t show up in photos. 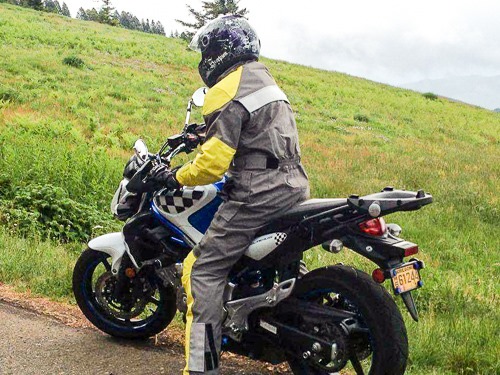 The riding was magnificent despite the minor rain here and there. It is Oregon after all; rain is expected. The Gladius is very similar to my SV650 which made me feel very comfortable riding it. 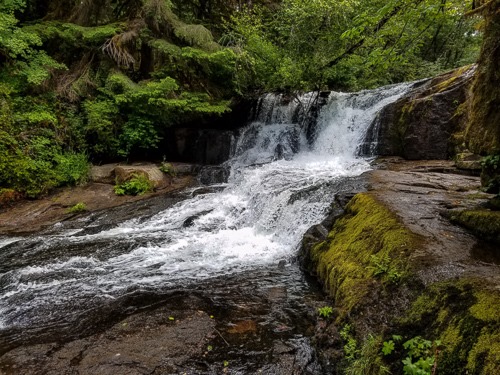 Troubadour took me on a tour around the area stopping at Alsea falls and then we had a spirited ride up Mary’s Peak. So fun 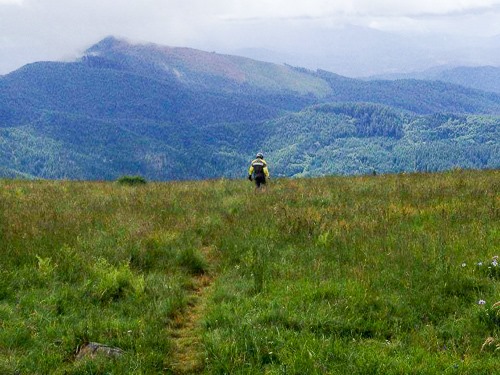 On my last trip out, we ran out of daylight before we could ride up. It was great. The wildflowers blooming made it even better. 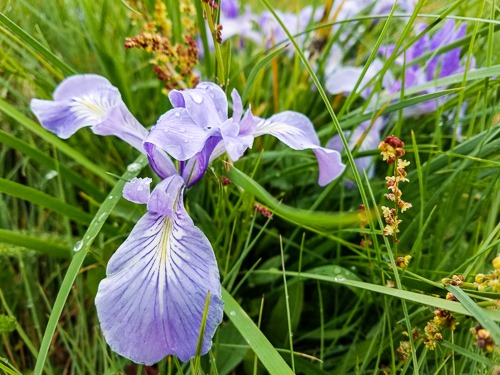 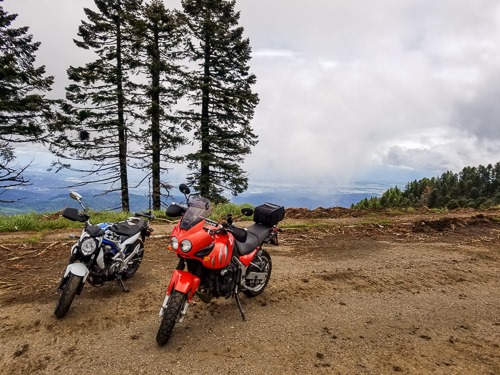 Afterwards, the three of us had a great lunch and then hung out at the local ciderhouse: 2 Towns. We played games and drank some low priced, delicious ciders. My favorite was the gingja ninja. 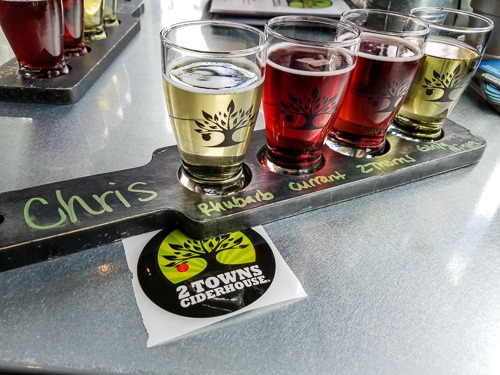 Troubadour about to win at corn hole. 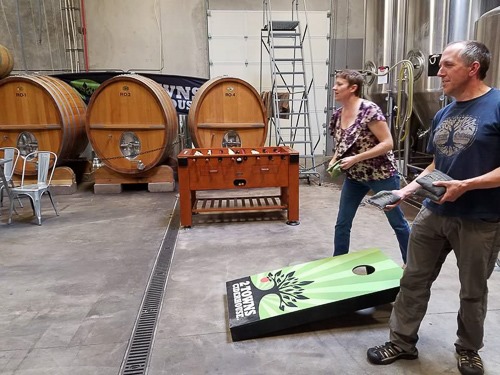 On Saturday we attempted to eat all the food in Portland. It was a valiant effort, but we didn’t succeed. Did I mention it was delicious? We stopped to look at a few motorcycle shops in between stuffing ourselves. We had fun being silly.

Troubadour trying on a new helmet at the Vespa shop. What do you think? 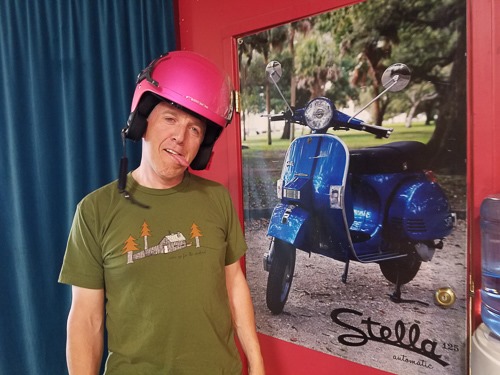 We took turns drooling on the Ducati Scrambler down the street at Moto Corsa. I’d be lying if I said I didn’t want to ride it. 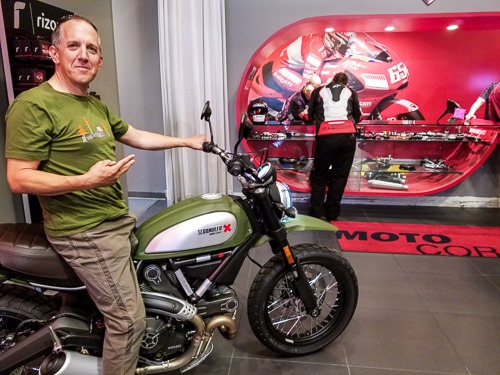 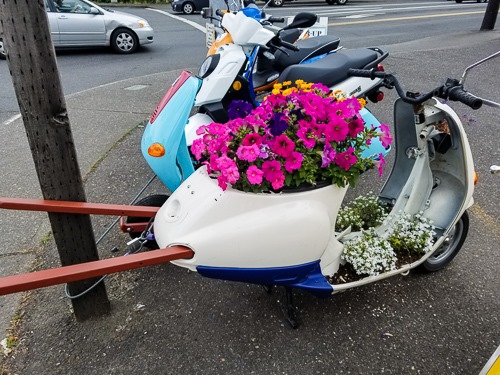 My last full day we met up with another friend who had just moved into the area from MN. It was nice to see her again and introduce her to T&T. After an enjoyable brunch, we headed to the coast for some more eye candy interspersed with some brief hiking. 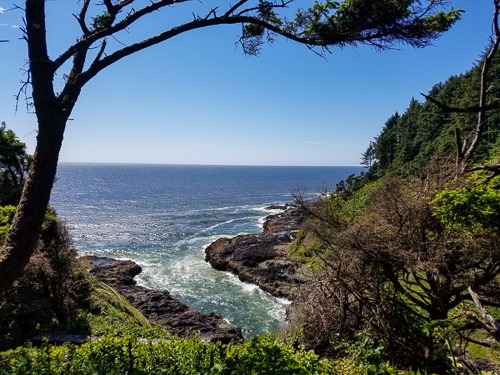 I was gushing a bit on the drive out there. The mountains vistas and ocean views were beautiful. My camera hardly does them justice. 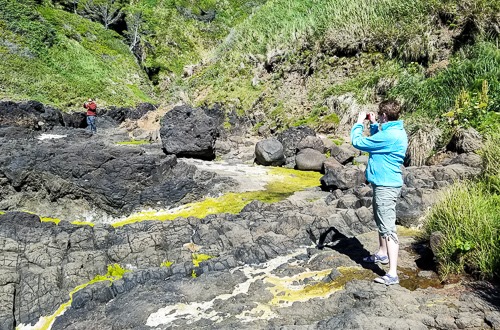 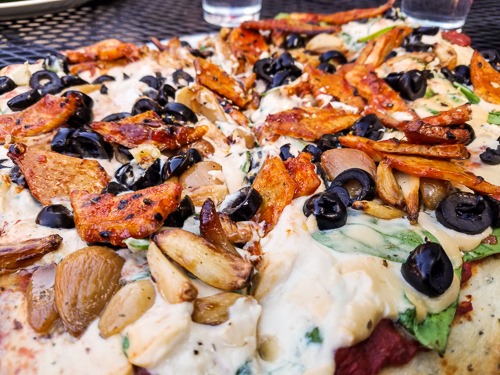 It was a great trip! I ate entirely too much food; my scale must be lying as it said I gained six pounds?! I got to ride a motorcycle in the mountains and gawk at the ocean. The best part was being able to visit three awesome people. I can’t wait to go back to Oregon! 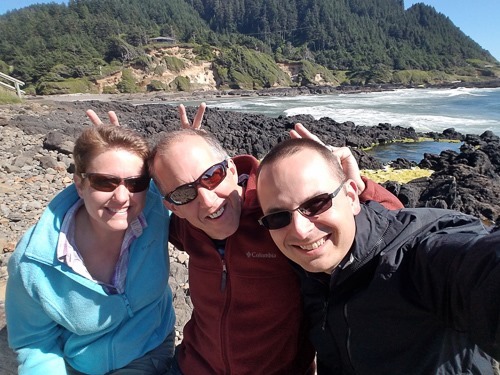