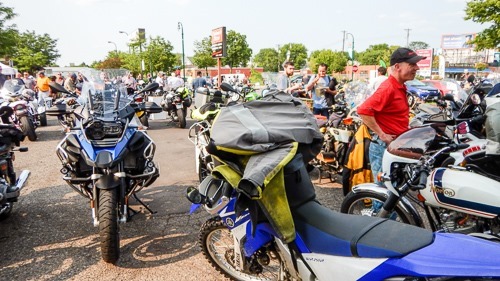 Last week, was Motorcycle First Thursday in Minneapolis. My WR250R is back in riding condition again thanks to new tires and battery, so I took it down to the event. 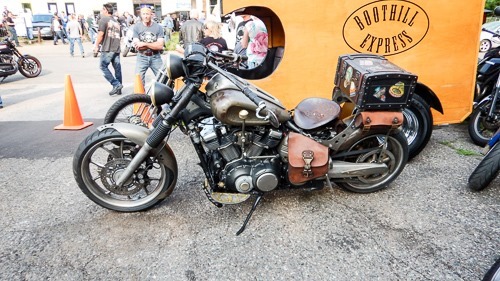 I expected it to be quite busy with the holiday weekend and beautifully warm weather. Most of the people I know had Friday, July 3rd off, so it was a nice night to be out. 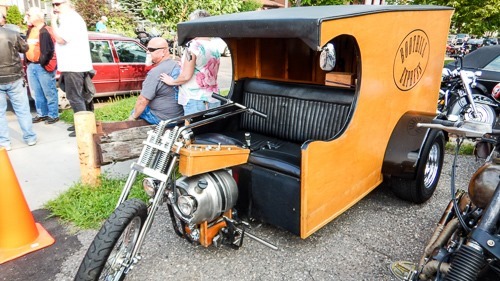 I met some new friends and some old ones walking around looking at the motorcycles. 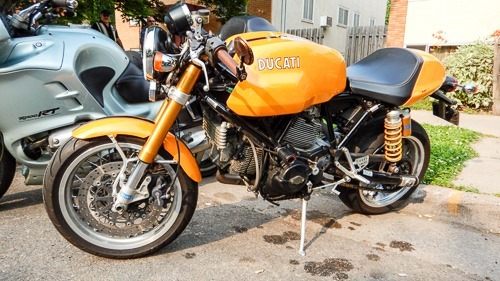 Quite a few people showed up, an as usual, there was a good mix of different kinds of motorcycles and people. 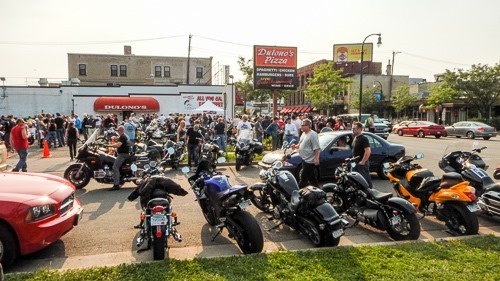 This was one of the few sidecars I saw this month. A Suzuki G850GS. I was in nice shape. I wanted to ride it. There was also a Ural that showed up later in the evening. 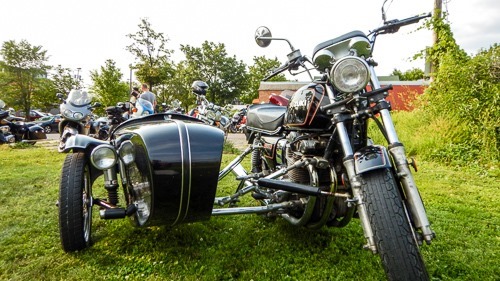 This Super Tenere looked a bit strange to me. Everything nice, new, and modern. Then it had an old leather case on the front. 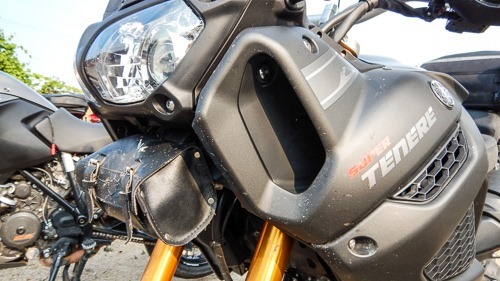 A very colorful Suzuki rat bike. I like the upside down Suzuki name badge. There was also a preserved moth on the tachometer. The picture of the moth didn’t turn out. 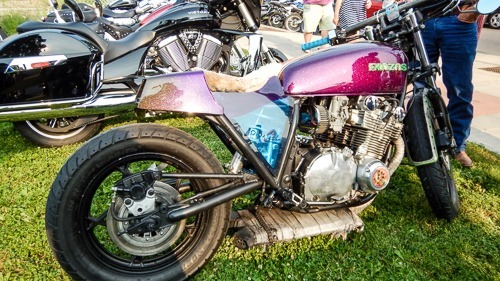 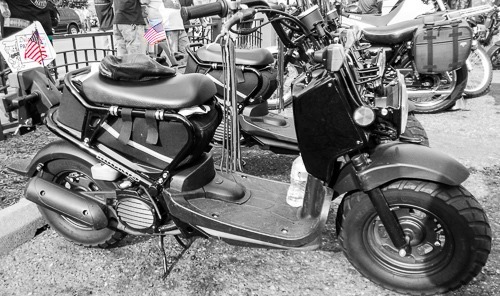 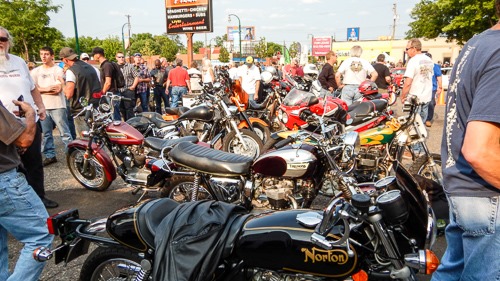 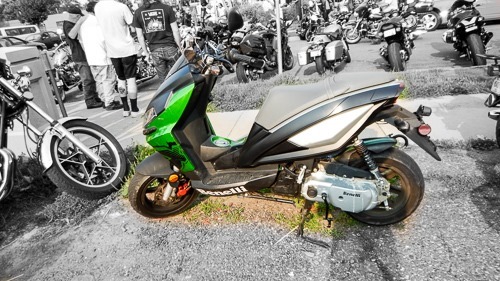 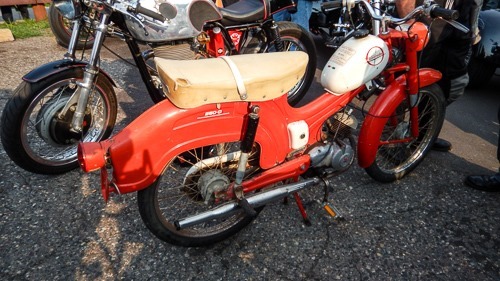 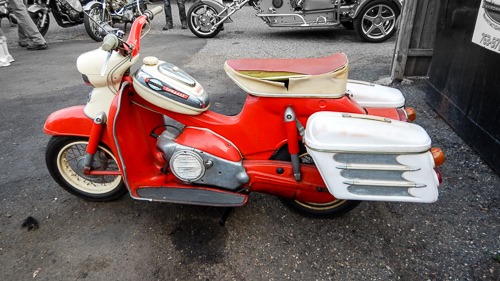 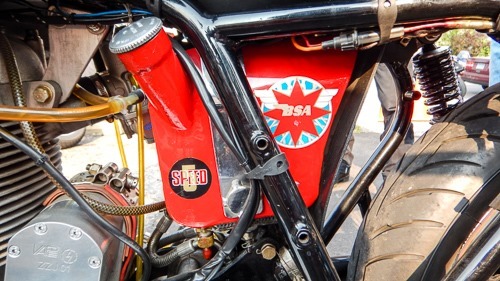 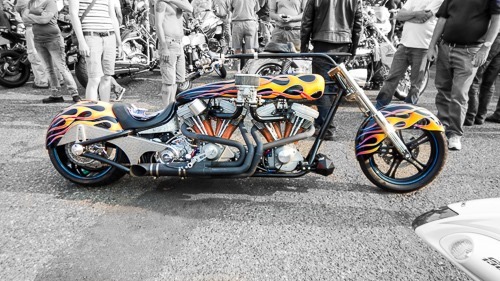 A close up of the drive components. Looks complicated. There is a bottle of NOS just in the corner of the frame as well. 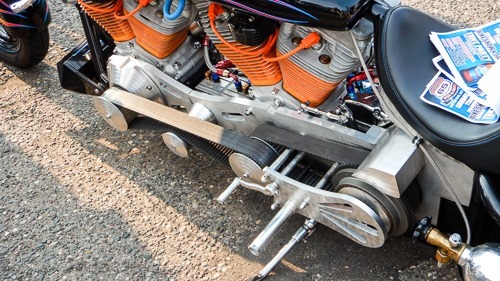 A V4 2-stroke Suzuki. I would have loved to hear this one fire up. 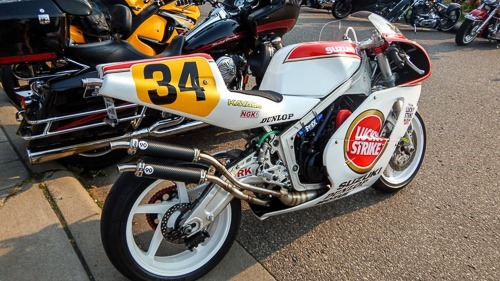 An interesting trike with an inline 4 engine. 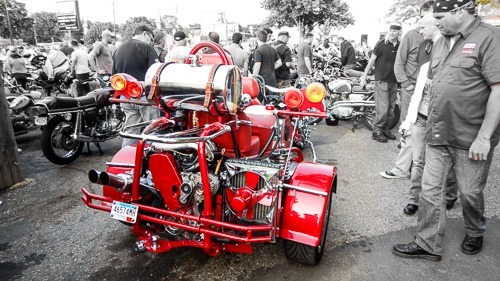 A Ducati with knobby tires. That isn’t something you see every day. 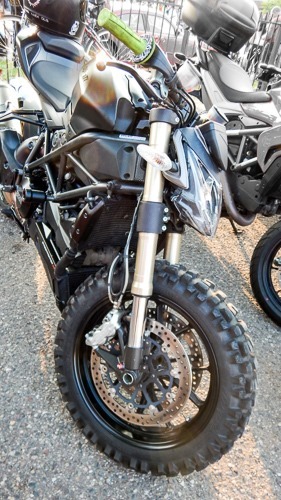 A gas powered bicycle. I think the engine would come in handy going up some of the large hills around here. 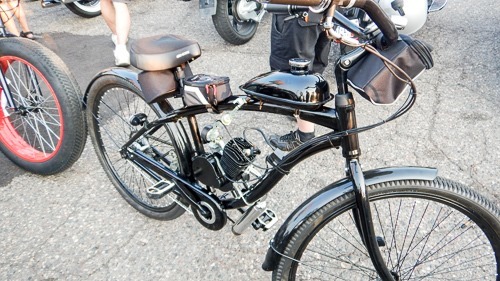 It was a good time as usual seeing all the motorcycles and chatting with lots of different people about bikes.

Which is your favorite from the photos above? 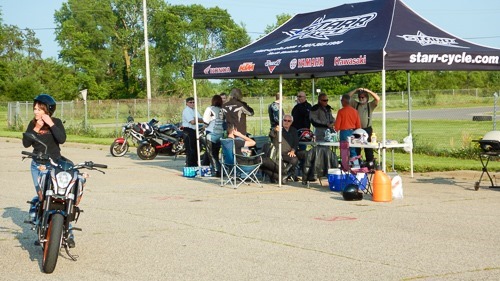 Once a month, some of the rider coaches in Minnesota get together to have fun talking and cornering. One of our training sites has a closed driving course (DCTC). It is about a mile long and about 17 corners depending on the configuration. I’ve been there many times now, most of the time while taking a riding course. The course is also used for SCCA events and truck driving. 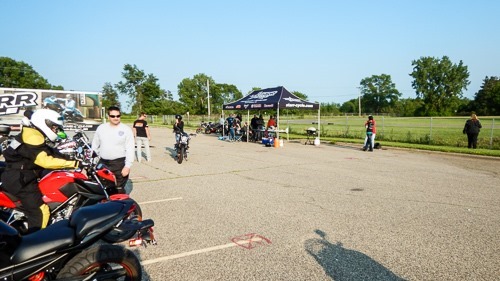 Last week, we used it to practice cornering. I was one of the first to arrive, so I had the course to myself for about twenty minutes. It was pretty nice. The only company I had was a wild turkey. 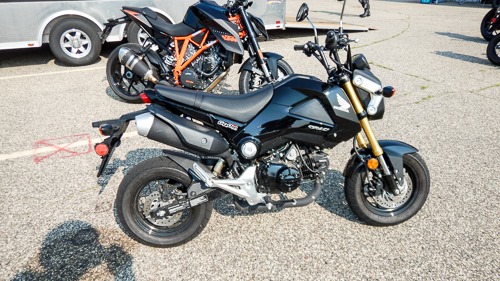 I rode three different motorcycles. My SV650, a Honda Grom from our training trailer, and a KTM 390 Duke demo brought up by a training partner. 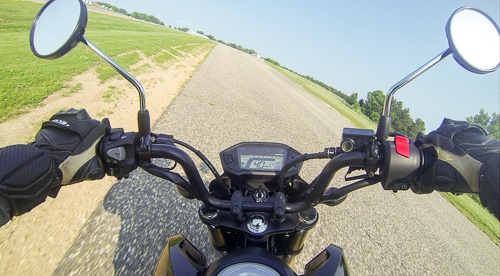 I enjoyed riding the Grom. It has been a good training motorcycle. The students like it, and so do most of the instructors. It is easy to ride. The Grom is 125cc, so it isn’t the fastest thing out there. We had an unofficial contest to see the top speed on the track. I got mine up to 56mph after several tries on one straight. I am a bit lighter than the others who tried. 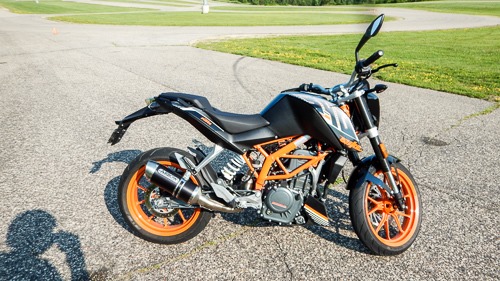 I also rode the KTM 390 Duke. A 390cc bike that weighs just over 300lbs. Wow! What a fun motorcycle. I really enjoyed riding it. Fast. Nimble. A treat to ride. 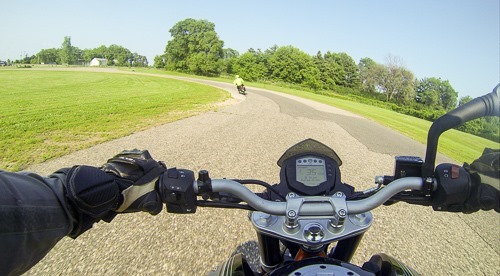 I also did a few laps on my SV650. I guess 60 miles and a few rides wasn’t enough to fully break in my rear tire. It slide quite a bit on the first hard corner. I managed to get it on video too. I will post that on YouTube later. 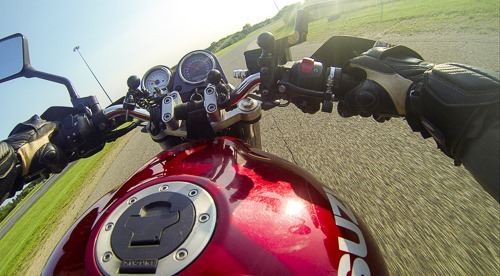 All in all, a great night talking shop with other coaches while getting some good practice time in. 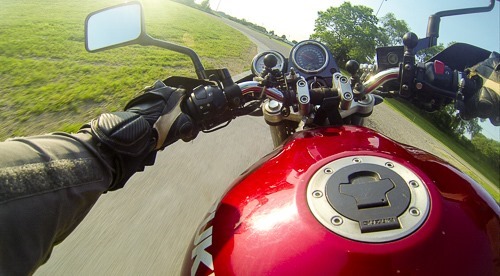