Last night, I had the great pleasure to meet Gary France of http://garysusatour.blogspot.com. He is riding his Harley named “The Leading Ladies” across the US for the next few months and plans to cover 15,000 miles during that time. He’s nearly half way on his trip now. I am very jealous!


A slightly out of date map of his route: 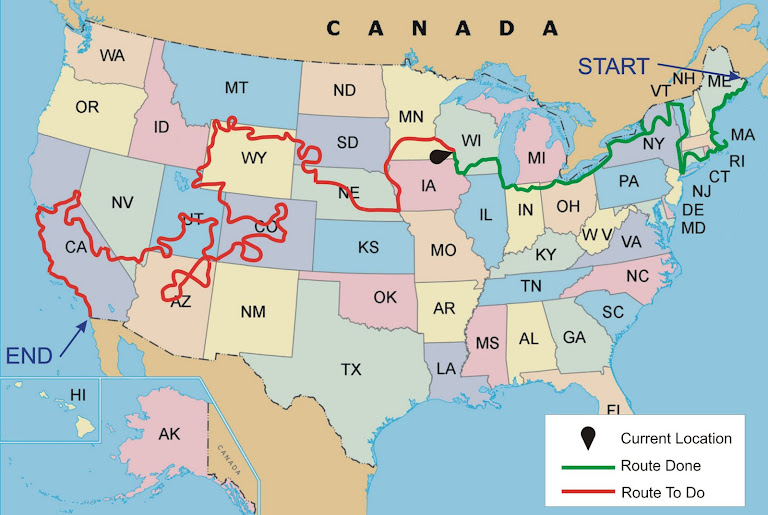 His bike is named “The Leading Ladies” because of all of the movie stars painted on it. I had seen the pictures previously, but the real life version is much better. You can read about the paint job, and see some better photos than I took here.

I took him around Minneapolis and St. Paul on the Ural, which he absolutely loved. Like my wife, he commented that riding in the sidecar was much of the fun of riding a bike, but without the stress - only the wind and the great scenery to enjoy. He took a bunch of pics and some video. Check his site out for those later.

We had a great time talking about bikes, travelling, and blogging. We stayed up way too late chatting, so it was a bit rough for me this morning. Chai to the rescue!

I wish him well on his trip. If you have not checked out his blog, you really should. It’s been a good read so far. He’s riding west to Granite Falls today and will eventually end up at Sturgis in a few days.

Thanks for visiting Gary. It was great fun!